The Poland gradually confirming its position as new land of the bomber, the new Lewandoski is ready 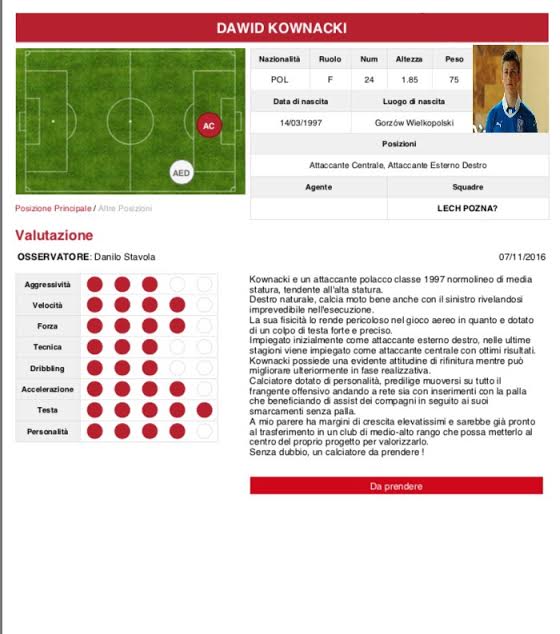 At the beginning of 2000, football began to evolve. We all know and most importantly, we experienced the transformation of modules and the interpretation of the roles of the players. The role that more was revalued is certainly that of the attacker, or rather the center forward, that player able to pick up the team in times of need and especially to put the ball in the back of the net. Today, this role is returning to the glories of the past, when the striker was the classic number 9, the "bomber of the penalty area". In recent years, among the top 5 of the world's finest strikers are some formidable and striker Robert Lewandoski complete in everyway. At home everyone considers Milik his "successor" but … If we told you that there is another contender? who are we talking about? Dawid Kownacki. 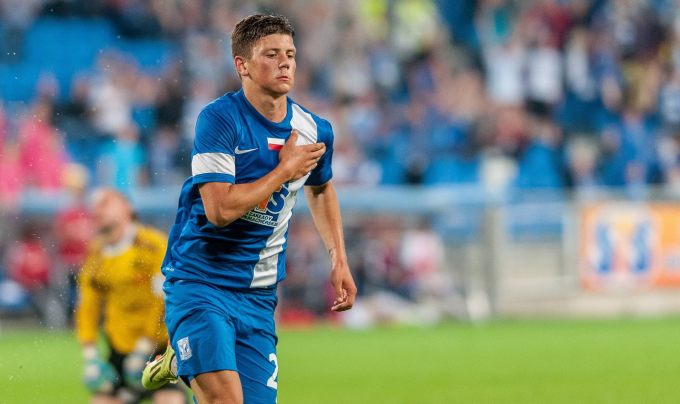 In Poland the kick is starting to become more and more important, famous, much to encourage clubs to invest in youth. Lech Poznan (team that faced Juventus in the Champions League) is one of Poland's most famous teams and their flagship is our dawid. As lewandoski and Milik has a great stature that allows him to be dangerous in head shots. In addition, increasingly important dowry nowadays is Ambidextrous, allowing it to literally be unpredictable in the last thirty metres. Like his idols is a modern centre-forward, much travel and much team play but the dowry that best characterizes are off-the-ball inserts that allow him to be a real train wreck for opposing defenders.

Being very young (class of 1997) has large, indeed, high margins of improvement especially improving the coolness in front of goal, becoming literally lethal. Lech Poznan knows for sure that you have in your hands a gem that it's not every day you can grow with the right tranquility for a young man to become great. The top European clubs are keeping an eye on but for now it's literally bulletproof. Age is definitely on his side, we LFScouting we are sure, indeed certain, that the number 9, that number gets into people's hearts, for many years in Poland will be honored. Word of Dawid Kownacki.