Today our column leads us in Finland, little known football level Earth to us Europeans. A star is being born here, we find out who it is 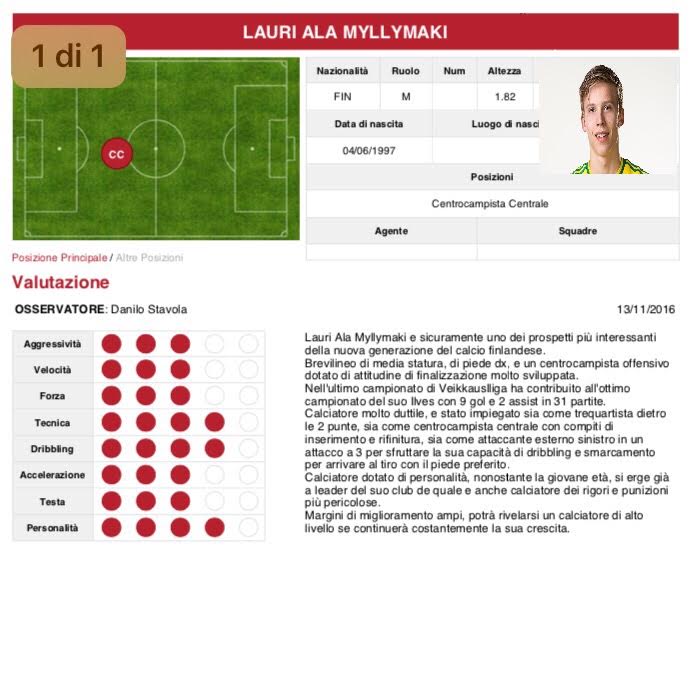 The Finland is certainly a beautiful country landscapes talking, but he is not well known. Throughout history we have had the chance to meet you especially thanks to two great football players: Litmanen and Hyypia. The first was one of the strongest offensive midfielders in the late 90 's and early 2000, along with a few others have reinvented the role of attacking midfielder turning it into what it is today. "kuningas" or "the King" in Finnish was the Player symbol of his nation along with Sami Hyypia, the Liverpool Defender Rocky Benitez winner of the famous Champions League 2005. These great champions have a flaw that unites them: not only ever managed to bring his world to participate in a national or European. But we LFScouting we want to introduce you to the new "Lighthouse" of Finland, thanks to our Danilo Stavola managed to get a baby champion ready to talk about themselves: Lauri ala-Myllymaki. 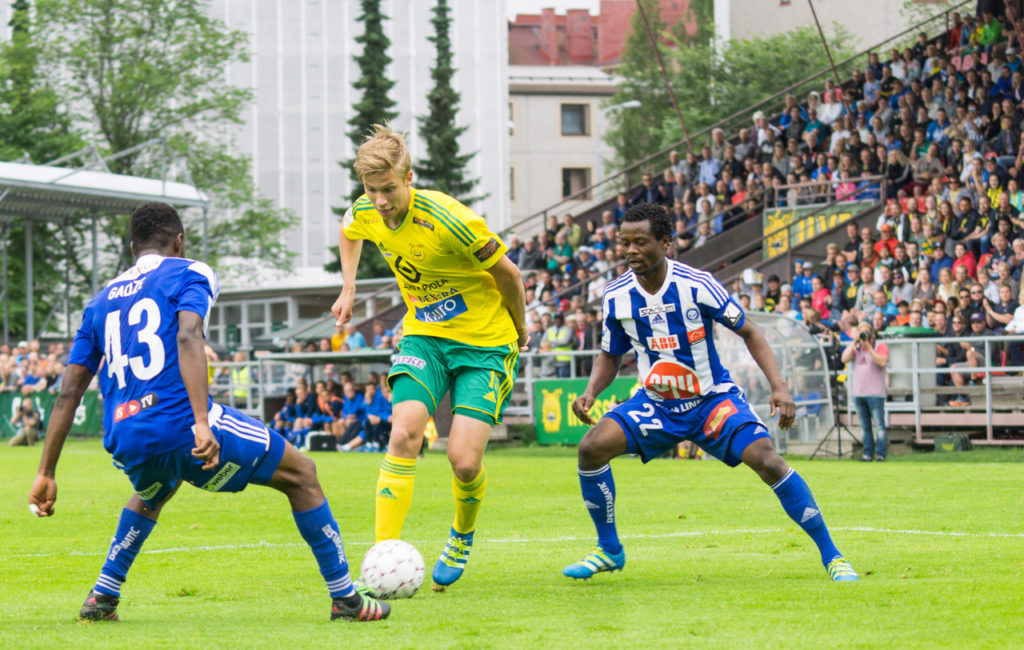 Very young (class of 1997) is already owner of his team, Lives. He made his debut just 16 years in the top division before becoming an owner immovably, counting nearly 100 appearances. The characteristics of this guy are obvious at first glance: Cobby, natural, quick thinking both of right leg, if necessary can be fielded as midfielder saw his strong propensity to the goal. Its greatest merit is the ductility tactic that has now become essential in the modern game, the young Lai Wing-myllymaki has been busy giving personality test in every position of the midfield and the final third, providing increasingly convincing performance. The spirit of this guy is that of the true Leader, the team relies on its foot velvety regarding both the punishments that the rigors and Lauri is never caught unprepared.

The dream? the most coveted of all: the Premier League Championship. Its characteristics are combined with what is required in a premier: speed, technique and class. What we hope we, lovers of the balloon and the stories that warm the heart is that Lauri Ala-Football Giants can succeed where Myllymaki before him have failed: bring up the footballing name of Finland. Courage guy, the future is in your hands.