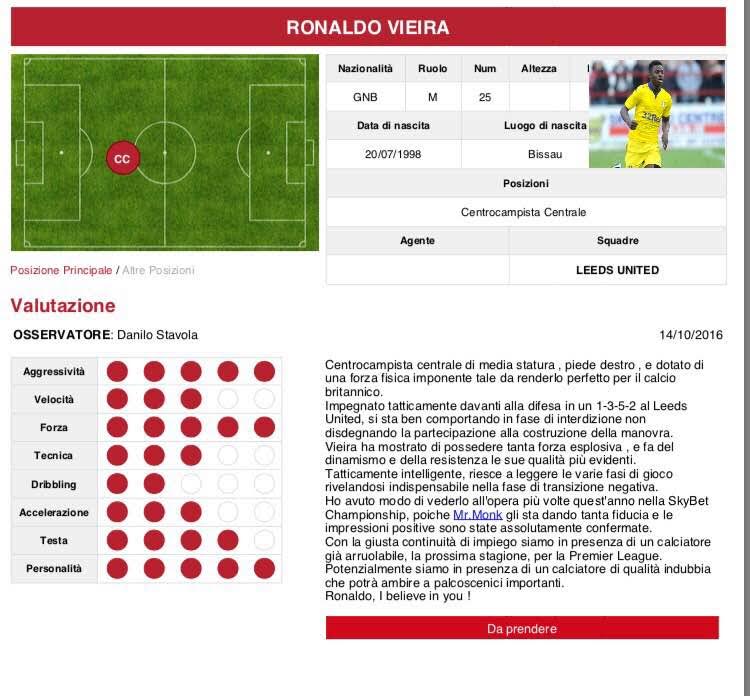 Every day, the "chronically hungry" in footballing sense, always trying something new, which satisfies their need to know. Our goal every Tuesday is just that, with our knowledge using all of our resources and passion. Last week we talked about a center forward, today we give importance and emphasize its wearer sees little but that represents the essence of football: the median. We are aware that the player in this role does not fill the stadiums, not making sensational plays and maybe doesn't have that technique that distinguishes his companions. But where does not reach the talent comes the desire, the desire to stand out, get your head and your heart. Worth to love a player making the grit and warrior soul his weapons? our answer is Yes.

Continuing our trip to Britain, this time our Danilo Stavola found a frightening potential player. Despite his young age, he manages to impress for the continuity and the heart from veteran, becoming immovably in Leeds United. We're talking about Ronaldo Vieira. 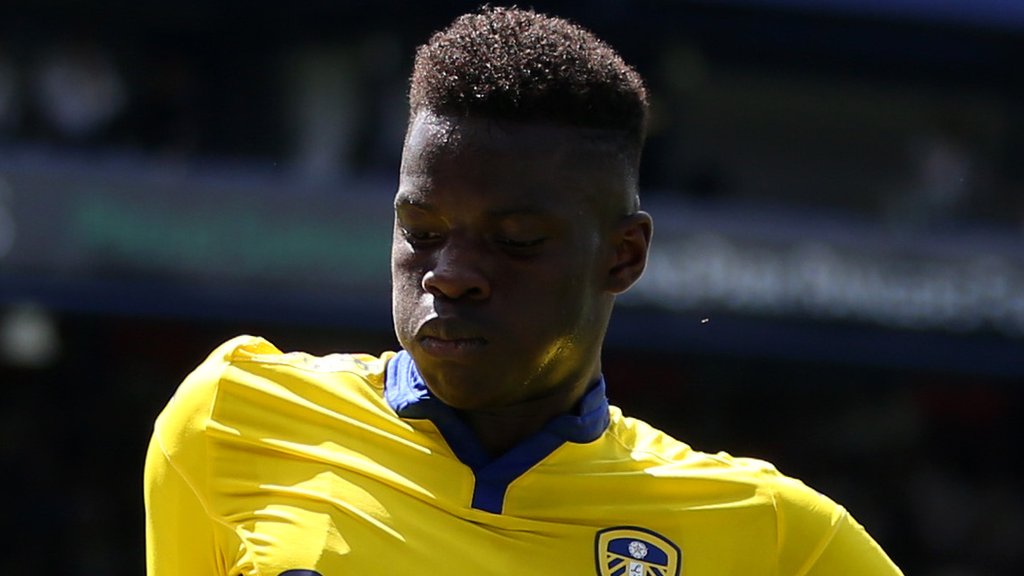 This guy, 1998 class is in the crosshairs of not only the premier, but throughout Europe. In modern football, all aspire to become strikers, technically gifted people but leave its physical appearance. Vieira no, combines both becoming something simply monstrous. Monk, former coach of Swansea, understands immediately to have a player to grow but at the same time ready to engage in battles of the British and the young Guinean courts does not disappoint him. 3-5-2 in immovable holder designed by the coach, can do wonders phases inquiries: protect the defense and participate in the maneuver offensive. Its main weapons are the physical strength, having a gross tonnage of imposing physical strength and tenacity in regaining the ball. To see him in camp seems a player sailed like, swaggering, facing opponents.

Loved at home and next to convocation in 18 years, despite the national is about to become one of the upcoming talents of modern football. In an interview he says to be inspired by Michael Essien, former Chelsea, saying that his dream is to play in the Premier just like his idol. Football has made icons and Vieira chose one of the best performers in recent years, student lunge and we can say, thus continuing, you will not be a pipe dream to get to those levels. Worth more than a Goal or a balloon recovered at the 90th that guarantees the victory? It is not for us to decide, but we are more than confident that the jewel of Leeds, wherever she goes, will bring the player from big heart. In the footsteps of Essien, believe in yourself and impress once again the wonderful world of Premier. Good luck Vieira.