Several prestigious clubs were present, including an Algerian team

The prestigious Carlin's Boys International Tournament of the U.17 category will begin after January 1, 2003, which will take place at the Sanremo Municipal Stadium from 28 to 31 August 2019. The teams that will participate will be in total 11, 5 top clubs (Empoli, Genoa, Parma, Livorno and Monaco) four local teams (Sanremese, Imperia, Ventimiglia and Savona), and two other foreign representatives from France and Algeria (Saint Jean Beaulieu and Skikda).

The tournament will consist of two phases: a first knockout phase will see six teams divided into two groups, A (with Sanremese, St Jean Beaulieu and Imperia) and B (Skikda, Savona and Ventimiglia). The six group games will be played on Wednesday, August 28 from 4 p.m. to 9 p.m.

On Thursday 29 August, from 16 to 21, the winners of the two groups A and B will face in a group called "Mediterranean" Monaco and Genoa, while on Friday 30 August, in the group "Pro" will cross the cleats Empoli reigning champions of last edition, Livorno and the Parma.

LFScouting will be part of the tournament, the matches will be published with all the information about the race and the characteristics of the players. The tool increasingly used by insiders to optimize the work of scouts and match observations. Sanremese, the host of the Tournament, will also use the platform to plan scouting activities during the first team championship. 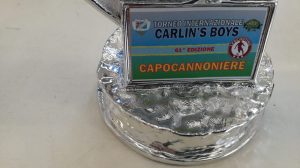