Gravina ascended to the command of the FIGC, must give a turning

Many problems in Italian football, we discover together the truths

What was thought in the past today has become a certainty. Anything but pleasant. Unfortunately, in fact, are more and more fashionable articles and complaints, from young people 22 to 25 years, who talk about their desire to stop playing because of the guy or because of Caio.

Most of them go against the prosecutors, one side against those who choose foreigners, another to lack of sponsors.  The remaining blame the rule of the Under forgetting that their own in the past have benefited from the same advantages.

Then the faults of who they really are? The faults are a bit of all but we go with order.

Prosecutors are not the evil of football, or rather, they are not the only ones, let's say they are divided into categories. There are the super-powerful who now decide the market of the big managing the champions, moreover it is said that in the time 2.0 commands now who "has the player's hand". Then there are those who have assisted between Serie A and B and then go hunting for semi-unknown footballers and present themselves by them only when they sniff that there is interest around. They convince them with dinners, giving off shoes and making them meet some of their own team players until they chop their brains out and convince them that without them the leap in the category will never succeed. 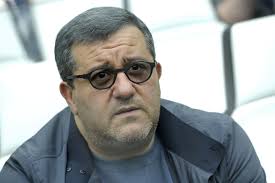 Several young people in his stable

Finally there are those who to participate in meetings and have relationships in the football pretend friendships and above all offer dreams and illusions to young people. What? Promising auditinies and above all proposing them to clubs without giving a right technical value, but only because they fall within in economic-managerial parameters convenient to themselves.

Here he engages and then takes over the management category, Delegitimata more and more by the presidents, who has the direct relationship with the prosecutors and who must build the teams according to a mathematical-financial model to fit in the budget set at the beginning Year and benefit at the same time of the facilitations and contributions depending on the minutage and the age of each player. That's the real bad: give an obligation to play. 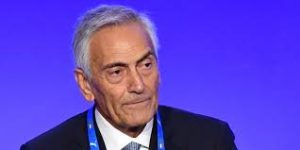 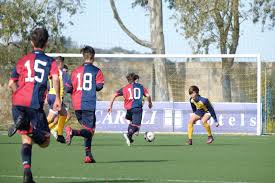 President Gravina, collect the assists that have given her predecessors, to finally try to change and reverse a situation that is currently drifting. Young people must not be obliged to play.  They must have a right, which must be transformed into a merit if they show it within the green rectangle.

It is essential to understand that change must not start from the top (cascade models are in fact a useful tool for detecting choices in the financial field of increasing or decreasing dividends, distributions of profits, or in the political world for Interpreting and explaining the actions done), in football the change must start from the bottom, because it is there that grow and sprout the new fruits of tomorrow.

We reset, we give the right to play at all, but we eliminate the rule of the Under obligation. In Certain categories you come for merits, not to give economic benefits to clubs.  If the latter do not have the correct financial capacities, they must inevitably be ouput from the competitions.

Foreign chapter: They are not to blame if the Italians do not play, maybe it is of those who choose them. Instead of putting a limit on the purchase of foreigners between community and extra, why not think of entering a clause of a certain value as an economic contract when buying a foreigner?  In this way the executive class, before accepting any footballer coming from abroad, will have to give a technical and economical consent. In doing so you will get two benefits, bring only foreigners of quality that will allow you to raise concretely the technical level of our championships and the quality of the management class that is called to make no mistake more choices. Football can still change, football has to change.