The two national teams develop their game through a dense network of passages (475 – 560) very accurate (83%-83%) aim to reach the last third of the field in order to trigger the most representative men. On one side the Portuguese have greater quality in midfield as to afford even repeated possession (an average of more than 54%) allowing them to gain preferential spaces and attack the opposing teams according to predetermined lines. On the other hand the Welsh have a more direct game face to face sudden changes in order to take advantage of the speed and the peculiar characteristics of the terminals and offensive midfielders Raiders. On average, both teams have an average of conclusions toward the opponent’s goal quite high (13 to 16) with an accuracy in the same in favour of the Welsh.

Gareth Frank Bale (Welsh, class 1989) – is the core gameplay of Welsh: game flow being set (77 percent), passages correctness when aims behind the midfielders, and first choice in attack as both trimmer as producer (4 NET in this). Very mobile player, with great physicality and superb athletic skills that make him a constant threat to opposing both hovering on the outside rear bases (60%) that if it takes the space (38%). Unlike fellow club and captain of the opposite team, manages to give their best thanks to a team structure and a smoother game setting that release it from special tactical dictates and allow him to take full advantage of its features. 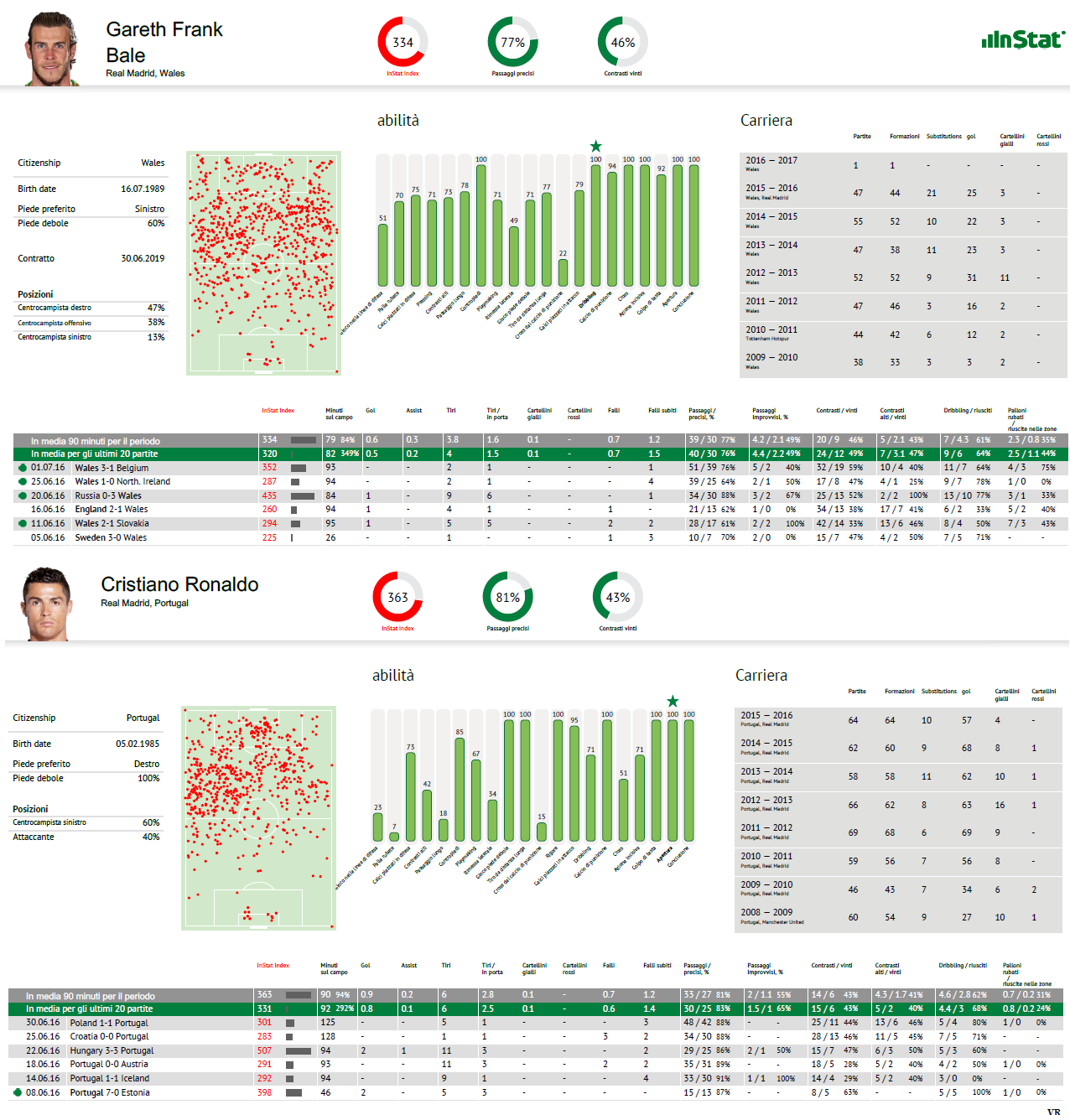 Ronaldo, Cristiano (Portuguese, class 1985) – is the game flow in finalizzatoria stage of the Portuguese team. Player with a great personality that led him to focus on whether the majority of the teams that played offensive plays. Ideally physicality which makes it hardly manageable especially aerial game. Able to kick equally with both feet, able individual and duel with great shot from distance and tactical intelligence making it unpredictable movements as it has indiscriminately in the left hand lane to act as wing and added (60%) trimmer than in the position of centre forward (40%) to worry opposing defensive lines close to the first solution and offer itself as finalizzatoria. 16mt Despite the degrees which makes it one of the most prolific strikers in the world, in the following European failed even to give the best probably to an absence of clearly defined game ideas by his team that make it rather confusing causal and offensive maneuver.