Arsenal next opponent of the Napoli We Analyze together with the help of the match analyst The Arsenal of Unai Emery militates in the English Premier League Championship, where he occupies the fourth position with 66 Pts earned in 33 appearances, and is preparing to return match of the Quarter-Finals of the Europa League with[…]

There is No optimal category to analyze a team and prepare the best a race, even in the third series you can! Cavese-Catanzaro: Wrong approach and usual difficulties decide the race Let's try to analyze a C-Series match by highlighting the benefits of an opponent's study and how it could bring benefits in any category.[…]

Player Analysis is a job for those who have the ability to evaluate a game and use technological tools. The Player Analysis is a particular study of the events related to the individual elements both in contest context and in the market optics that in some evolute realities, not for professional or first-band strength, can[…]

Who is Matthijs De Ligt The defender who is enchanting all the big?   During Our observations, time ago, we had already seen the young Dutchman Matthijs De Light in the race of Eredivisie between Ajax and Feyenoord of 21-01-2018, storing it in our database. At a distance of time, without having to search the[…]

Milan vs Inter/Gattuso vs. Spalletti: Experience wins The Milan Derby was played by opposing two teams in diametrically opposed seasonal historical moments. On one side is Ac Milan, invigorated by the targeted purchases of January, with at the helm a Mr. Gattuso eager to do well and that seems to have found the keystone to[…]

Urban Parks Fiorentina-Team Preseason analysis of the major Italian orchestras The game Bc F Fiorentina-Trentino 14.7.2016 Team is the first official engagement addressed by team coached by Paulo Sousa in Moena Fiorentina. In spite of an array without so many "big" and with the inclusion of so many young people interesting (Diakhaté, Zanon, Mancini, Church,[…] 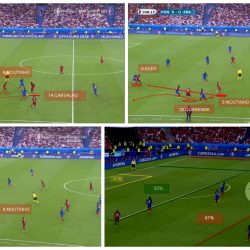 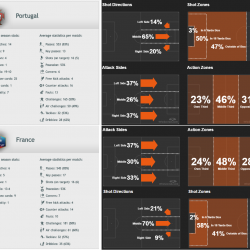 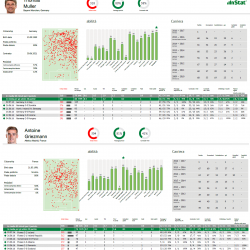 Euro 2016: Germany-France Preliminary analysis from the statistical data. (use of InStat Scout as a source of statistical data for Germany-France) The German national team develops its own game through a dense network of passages (770) very accurate (88%) aimed at a territorial dominion of the field trying to earn the last third predisposing the[…] 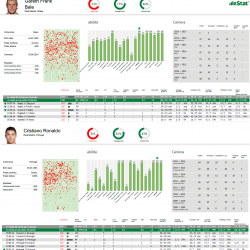