(using Whoscored.com as a source of statistical data and InStat Scout for Portugal-France)

The final match of Euro 2016: Portugal-France puts in front of the two sides more erratic play from the point of view of quality and results. On the one hand, there are the Portuguese with good quality in midfield as to afford repeated possession (an average of over 53%) aimed to gain preferential spaces and attack the opposing teams according to predetermined lines. On the other side we find the France, a team distinguished itself throughout the tournament to play more direct and less staid games (545 passes with 85% accuracy) focused on reaching quickly the last third of the field in order to trigger the most representative field areas who prefer men. The French are adept at covering large areas of the field in a few steps and take advantage in their favour the rapid changes facing triggering the rapidity and the peculiar characteristics of the terminals and offensive midfielders to their support. 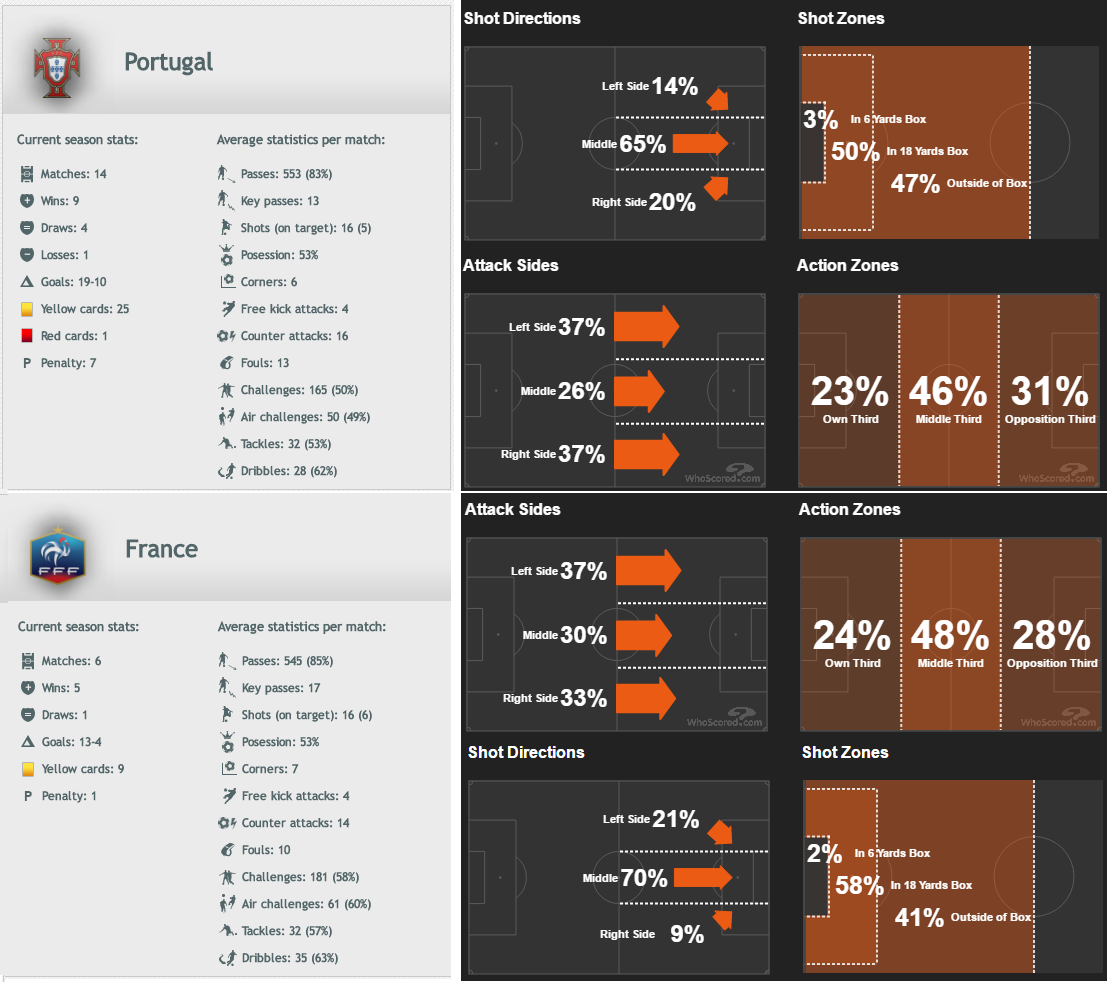 Statistically, the two sides are both developing the game from a setup phase focused in the second third of the field (46%-48%) and then steer the game about 74%-70%) (where the most skilled players technically and most representative (eg. Ronaldo and Griezmann) prefer to play. Both teams have the same average shots toward the opponent’s goal (16) most of them the result of conclusions from the central area (65%-70%) with greater precision in the same in favour of the French (5-6). This aspect assumes a game so much trying to exploit the technical features and the high rate of certain items as risky for players who occupy the central area defensively as they are the most stressed and have to be the most accurate in play interditorie avoiding errors that could prove an advantage in favor of the opponents.