In the opening race of the Italian national team, coached by Earl, showed great tactical flexibility and good ideas in the active phases of play from which grew the hurtful actions that led to the two networks.

From the point of view of the balls that are idle, specifically of a corner, the Italians have made the most of the movements of the five jumpers (De Rossi, Parolo, Pellé, Chiellini and Ballard), prepared in the area, and the solutions suggested by the two players (Boyce/Candreva and Eder), positioned externally. 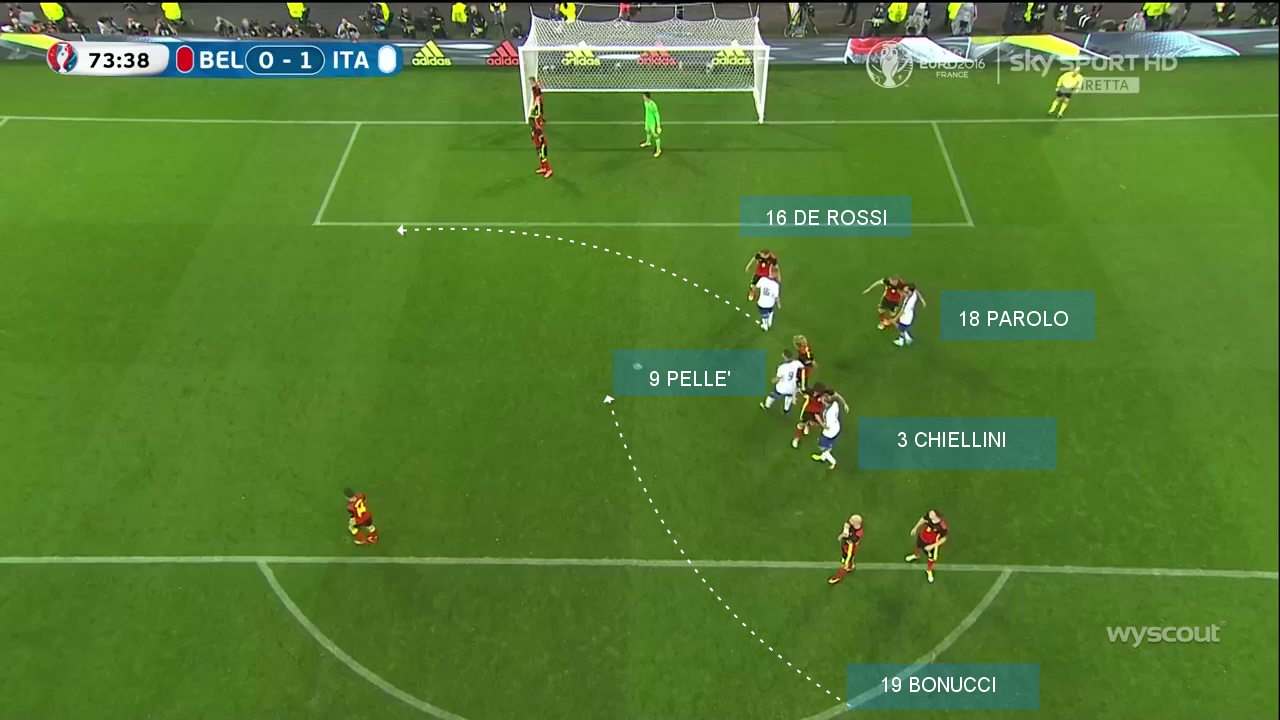 Solution # 1 – direct Finishing of beater in the near post where you insert one of the jumpers to direct conclusion on goal or trajectory extension for you fellows in the area opposite side of the penalty area. 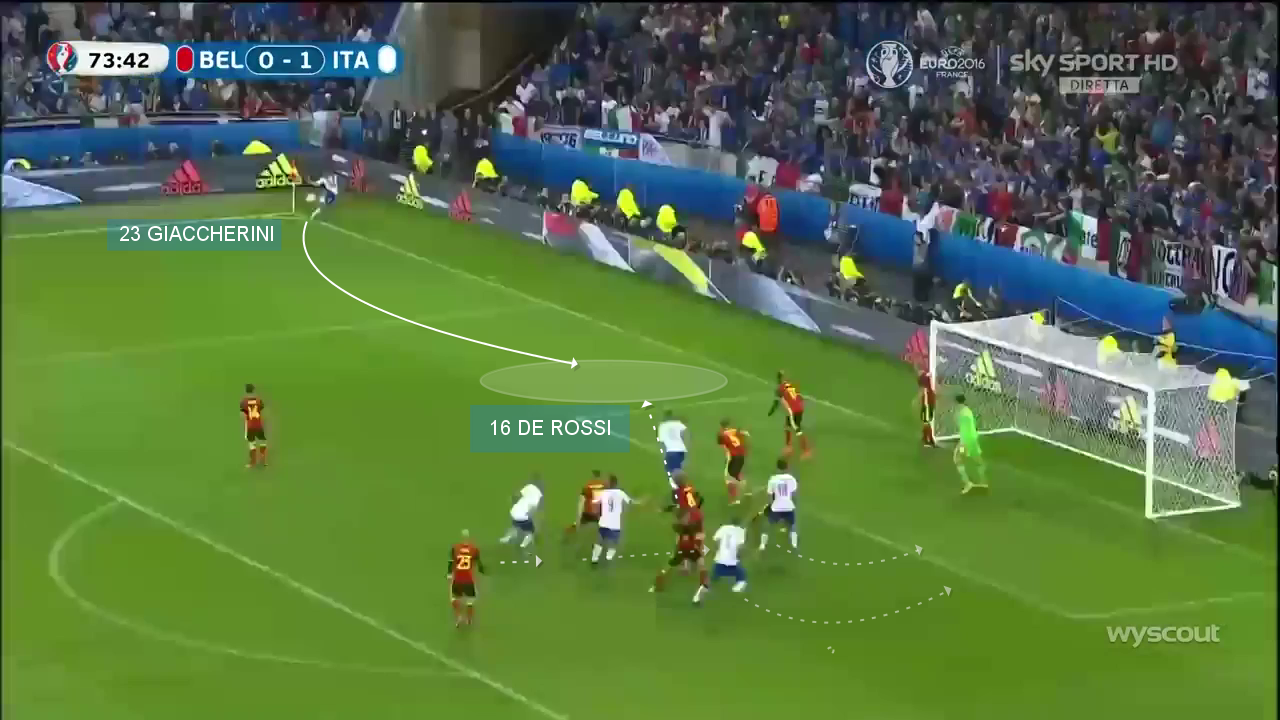 Solution # 2 – direct Finishing short beyond the far post for one of the jumpers come in that area for direct conclusion on goal or banks in favor of one of the fellows in the area. 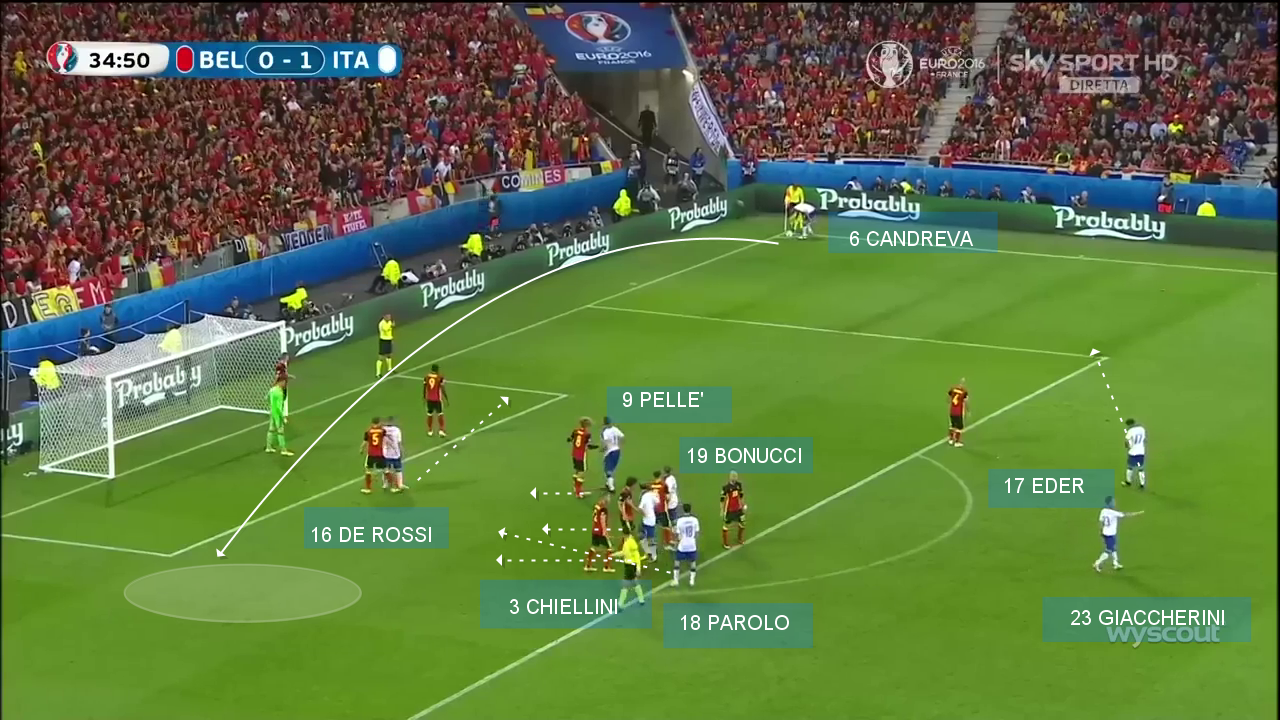 Solution # 3 – short Exchange between the batsman and one of the players places the limit that controls and finishes in the first post in favor of preemptively jumpers positioned in the area. 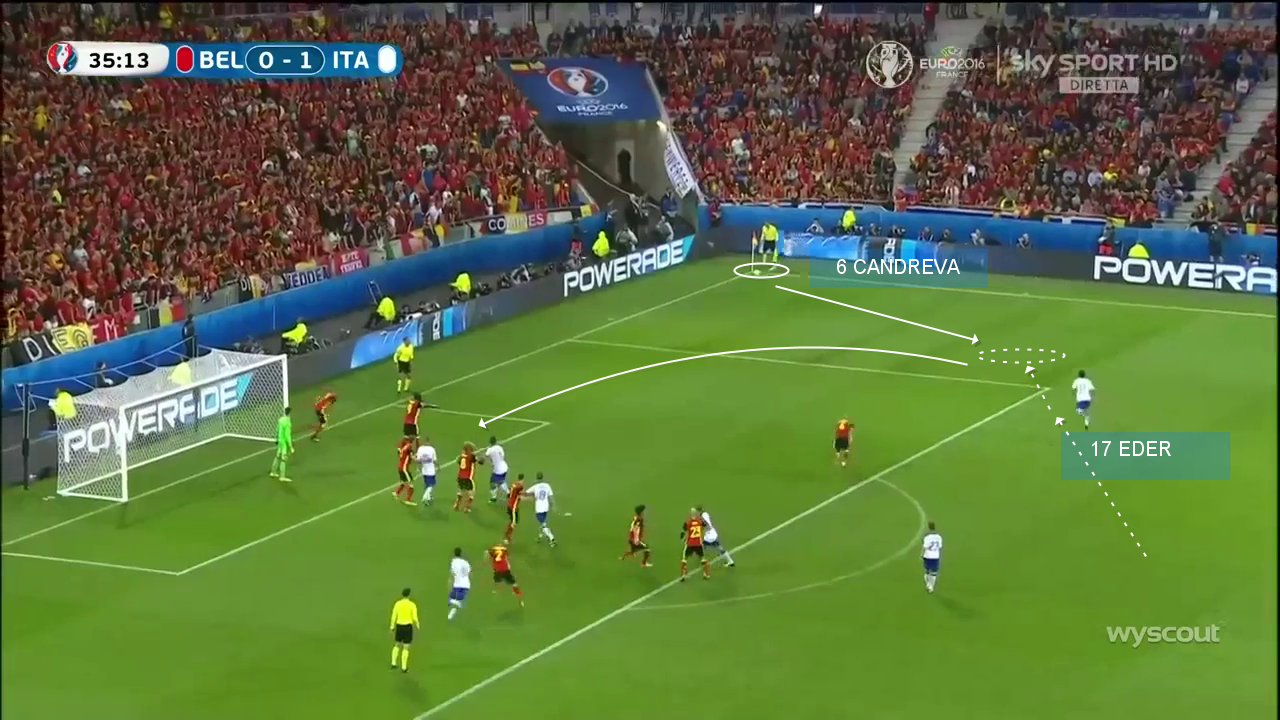