The game Bc F Fiorentina-Trentino 14.7.2016 Team is the first official engagement addressed by team coached by Paulo Sousa in Moena Fiorentina.

In spite of an array without so many "big" and with the inclusion of so many young people interesting (Diakhaté, Zanon, Mancini, Church, Hagi Jr.), since the first minutes the team fiorentina proved quick in the dribble and skillful hostess field, exploiting the spaces provided by the opponents to make the most off-the-ball movements of individual performers and create the conditions for finalization.

As usual the team's Portuguese coach, you see very few encodings. Such dynamism in the field in terms of functional movements and quick thinking that put especially damaging in terms of terminals make the most and move freely.

In the clip are highlighted two solutions dictated by movements of the attackers try to exploit spaces granted by opponents or flaws in their defensive positioning. 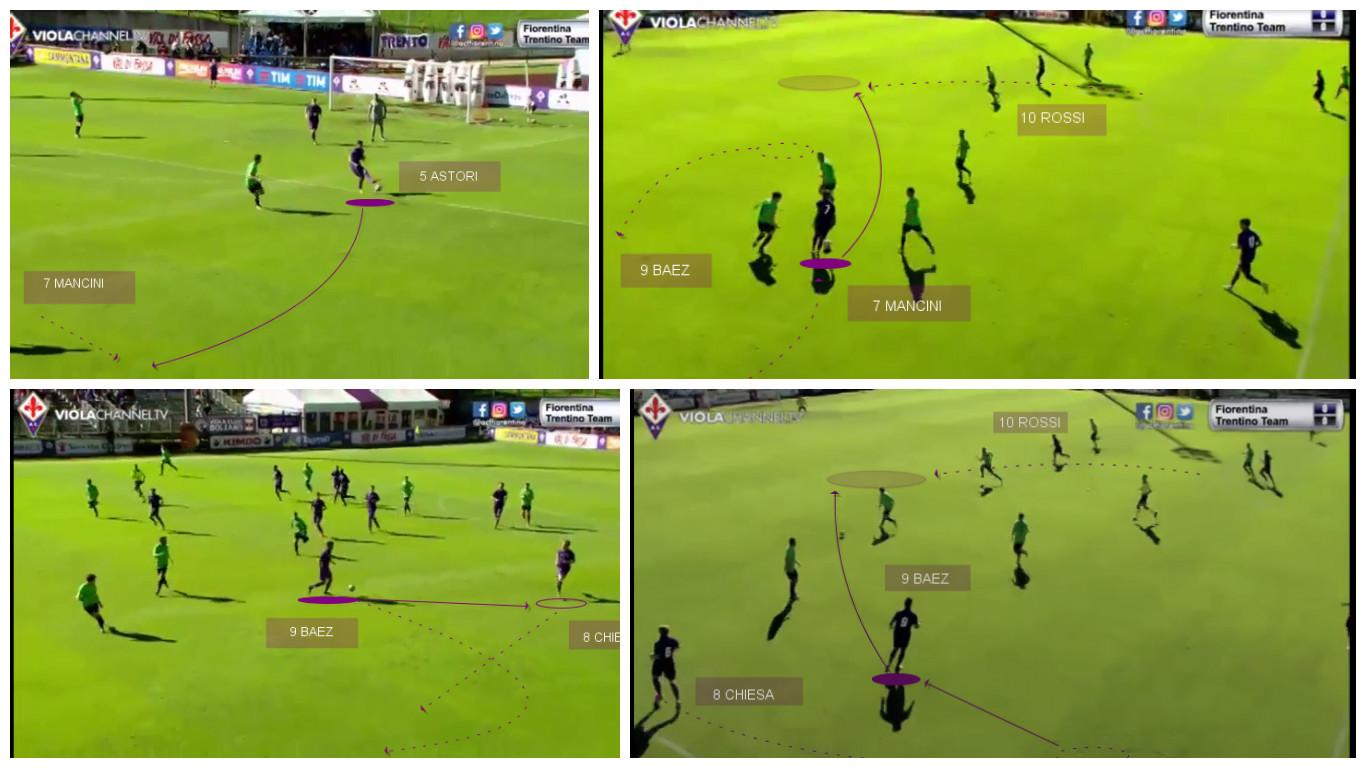 In the first two you see the combination of one of the terminals offensive that frees the interior space and the divergent wing-half cut finishing part of Rossi, usually in the starting side, then position themselves between the opposing lines and subsequently fit behind the defenders opponents suggesting to direct finishing solutions or midfields defenders or passing.
In the last clip you see offensive terminals Baez and reds move centrally in the same way and take advantage of the excessive height of the opposing defensive line to fit in depth and suggest the Defender Astori play in direct attack.

Sousa proves once again that work on principles rather than encodings allows to exploit every single space relying on intelligent tactically players can interpret the behavior of peers and create game.