From the dream of playing in Europe to defeat, going for victory in the African Cup of Nations: the dream and the desire for redemption of Mayuka don't stop 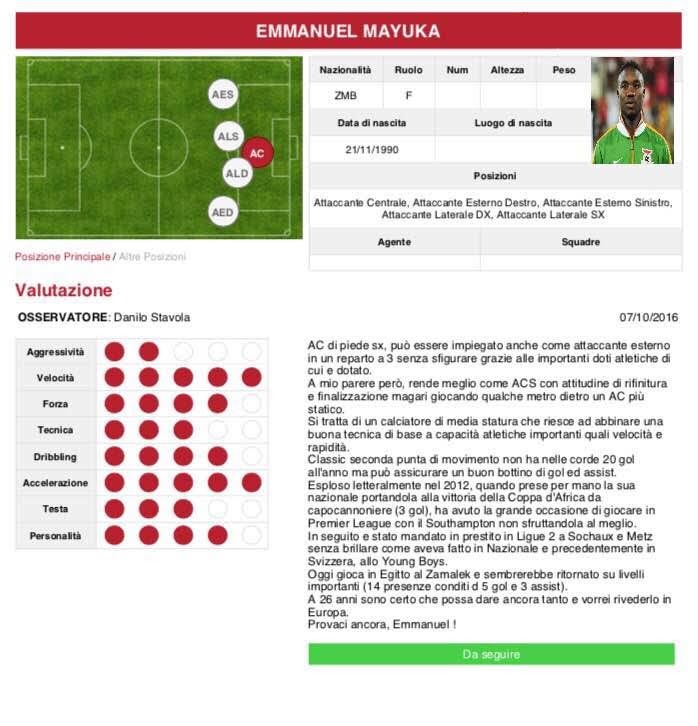 Africa. A land that remains taboo in our society, one of the richest continent in the world but a treacherous place to live.  Going back to what we said before, is a land full of resources. He talking, along with South America is the "tank" where European teams are more reliant. Over the years we have had the honor and pleasure of meeting several African players who took the pen and wrote pages and pages if not entire books of businesses that will be handed down for ever. Others were of the essential players for winning the most prestigious trophy in the entire world football scene, we think of Drogba, Eto'o, Essien, the brothers Tourè. The list would be too long and we stop just because we touched, or rather, cited a player who enters our trip: Didier Drogba.

We do not want to spend even a Word to describe a formidable footballer like him and go straight to the point: today, we at LFScouting, we bring you in Zambia, to introduce a so-called "Black Pearl". For our appointment of "Young Scouts", Danilo Stavola presents us with a very, very interesting profile: Emmanuel Mayuka. 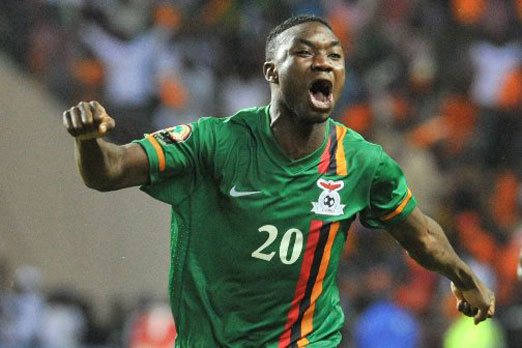 Like many of his compatriots is born and grows physically and he in his country, Zambia. for the more experienced is a national that in the African Nations Cup always creates problems, given the enormous physical dominance they put on the field. The best way to get known for a player of the dark continent is to become the symbol. the hero of his country and this goal Mayuka the centra from immediately by being remarkable youth so much that only 17 years he made his debut for the senior team. Its qualities — speed, physical strength and great flexibility that allows him to play in any area of the field led him only 20 years to realize the dream of playing in Europe. exactly arrive in Switzerland at the young Boys where in two years he scored 20 goals in 62 grows exponentially.

The gods of football can be cruel but when they decide that you have to enter the story can't you fulfill your destiny. In fact, Mayuka in 2012 WINS with amazement the World Edition of the African Cup of Nations against his idol, that Didier Drogba mentioned earlier. This victory opens the door to the young Emmanuel in the Premier League, the dream of every footballer. Southampton is the fastest to take him to St. Mary's Stadium, convinced they have a gem in her hands. But things are not going well in England and indeed the year after being loaned to France at Sochaux but even there is not convincing.

Last attempt by the British: failed. Emmanuel seems to have lost her stride and tries to win her back ever in France at Metz but even there, nothing. Conscious of having enormous potential, decides to come "home" in continent more precisely in Egypt, in Zamalek. Here is finding the confidence and the determination of a time scoring 5 goals in 14 appearances.

Maybe he chose Egypt because looking out of his window manages to catch a glimpse of and savor the smell of football that counts, that European football that he lacks. We can't help but wish to come back stronger and ever more aware of having what it takes to break through. Courage Emmanuel, continues to believe because in the land of lions, you ROAR we hear again for a long time.