In Italy, in the context of a reform of the Championships, discussions about which is the best model to be taken to reform the youth sector and the now obsolete campionato Primavera. LFScouting aims to analyze all the pros and cons of the most efficient models at European level. But perhaps what is really needed is a cultural reform, not just operational.

If in Italy we talk about Italian football crisis, major cause (and consequences) is always the poor performance and lack of confidence in the young.

And this lack of confidence stems, in part, by a system, that of youth and nurseries, which several times he thought having to innovate. As in any business, if the results don't come, it's harder to dare and risk solutions, and trying (wrongly) to be as conservative as possible.

Also happens in football. Hardly the young appear in a result crisis team, or a team that fights for the salvation that has medium-term objectives.

She's trying on Milan, changing the route and pointing to a road born more out of necessity than by merit. But is this just an exception that proves the rule. A rule that results in the same cause, namely the fact that it gives little confidence to young people, and this causes these never become ready to take the leap, and that their growth process is further delayed.

That's why, for years, one of the first agenda items of the fateful Italian football reform, still in vogue, is your system and the youth sector. Strategic-structural change must always go hand in hand with that culture. You cannot change a setting cultural gives confidence to young people without changing the structure and importance that the system gives the younger players, and vice versa.

But how to change? Reserve teams, second crews, spring b. a lot of proposals and options. Most come from "fashion" to follow and copy (as usual) English models, or Spanish, or German. Not knowing that in reality the 3 models, regarding their management of youth, are pretty much opposites. Yet all 3.

Made this necessary parentheses, aiming to prove that the problem is cultural, it is clear that more operational, as mentioned before, a structural reform is needed, but it must be in parallel, complementary and convergent to a change of cognitive mapping.

Going to analyze foreign leagues, include the following systems:

Pros: the great advantage is to make players adapt to the style of the big leagues, in terms of schedules, stages, rhythms of the season. And most importantly allowed the youth to confront most experienced players on the edge of their teams.

Cons: obviously, being the system of promotion and relegation does not bound by the results, this will reduce the prestige of the trophy and then the competitiveness of the tournament

Pros: the new system ensures more competitiveness, given the greater weight of the results in the dynamics of promotion relegation

Cons: in some ways, the system is very similar to the Italian Spring Championship, not ensuring the possibility to grow confronting higher level players. Yet the number of young newcomers in the Premier League from the nursery is very good, both quantitative and qualitative terms.

Pros: obviously with such a system, the level of second teams is much higher, since they have a chance to meet in real leagues as the third Division. And there is also the incentive to the result, given the possibility of promotion and relegation.

Cons: there is the landmark of the third Division, many second crews at the top of the rankings would be more dispirited soldiers compared to teams that would play the promotion. The third German Division, also (Bundesliga. 3) is not at all conducive to accommodate the second crews, since they, being loose cannons, would risk compromising the veracity of the tournament. In addition to the fact that the club didn't like the face of Bundes. 3 these competitors. Without considering the problem of conflicts of interest. Since these second crews can also compete in the Cup, in the past there have been embarrassing situations as challenges between the two Bayern Munich, or the enterprise of Herta Berlin II, arrived in the final in the last 16 first team 93 stops. Finally, the presence of many players over 23 is likely still leave little space for young people

Pros: the advantages are empirical. Just consider that Real and Barca players come from second crews, and in the case of Real not only players, as Zidane was former coach of Real Castilla. Even sports results are obvious: the Real Castilla singled in his palmares a top spot in La Liga Adelante (Serie B), and a victory by Copa del Rej, allowing her to participate in the next European Cup Winners Cup in 1981.

Cons: it's hard to find drawbacks in a system that guarantees competitiveness, competition and balance at the same time. The whole is also facilitated by a football system, the Spanish one, who traditionally considered "la cantera" as one of the main resources of a club. Therefore, for cultural reasons, even the opposition described for the German model are not. 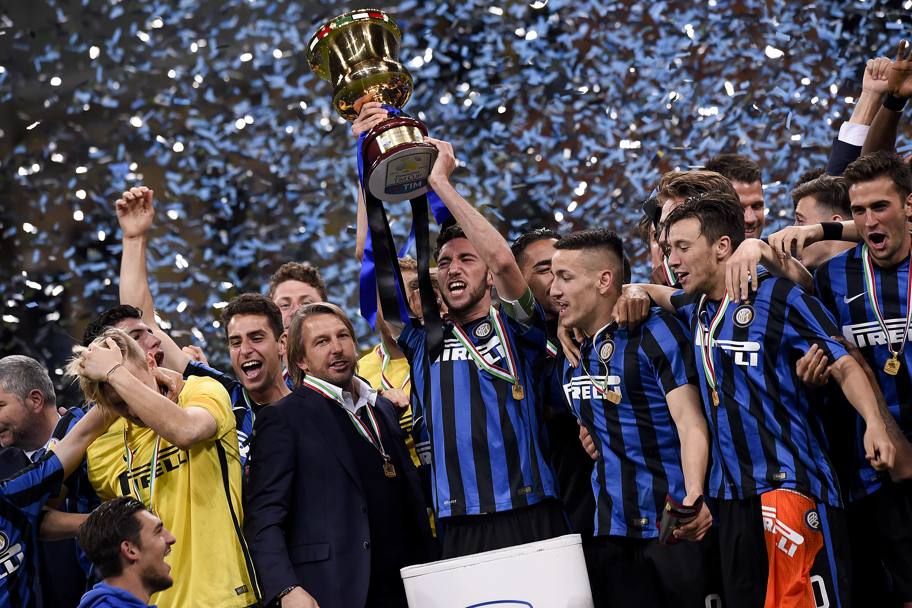 And In Italy? As said before, a lot of ideas, but none that can put all agree. Albertini and Maddy from time drifts for second crews. The series B, of course, is to the contrary. The Pro League, after initial opposition, now with President Garrison changed position. Could benefit in terms of brand and prestige. But the real problem in Italy is just that: each club, Federation, League reason for their interests. If you entered in order to consider football as a system, where, instead of fighting to carve up the largest piece of the pie, each would show willingness to give up and invest part of your slice for the collective good, cake to do it he would enlarge, with the benefit to all.