Quality midfielder class ' 98, is black and white youth since he was 10 years 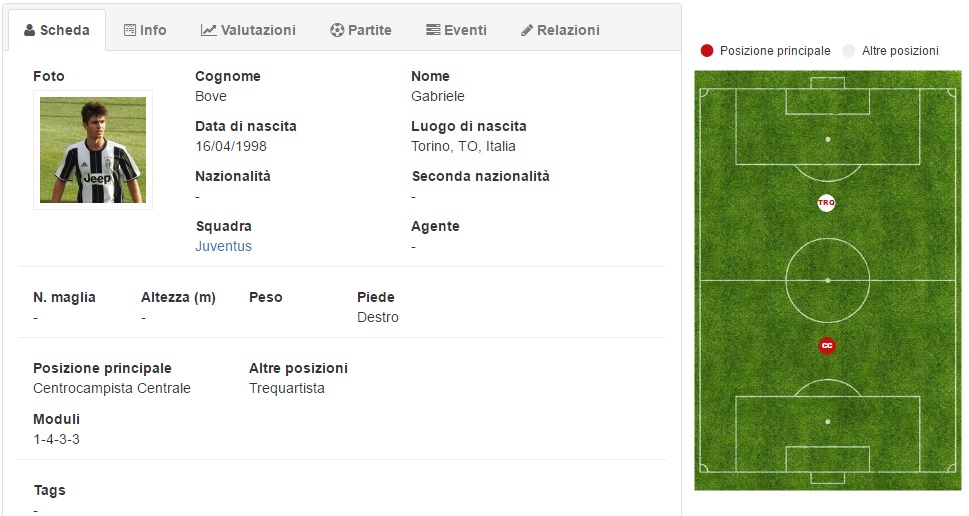 Juventus Marcello Lippi won the 25th League title in its history and it shows blow the Champions League by Real Madrid and in the final he prevailed thanks to a goal offside by Mijatovic. Alessandro Del Piero enjoys its first year as a protagonist and establishes the personal record of 21 goals scored in Serie A. Another protagonist of the battleship coached by Lippi, Zinedine Zidane, lifts the World Cup in its France. It's 1998, a vintage etched in the memory of all Juventus fans. Gabriele Bove was born in April of that year, one that Juve had it in my blood forever.

Born in Turin, the small Gabriele joined the Juventus youth system in 2008. At 10 he began his rigmarole in which continued uninterruptedly until today. But not without difficulty. Why, accustomed to being the main protagonist in any category, understood intelligently and quickly than in spring field must be the starting spot for it, Georgie, in training and in the match. And so he did, making 18 appearances between Championship (scudetto lost in the final on penalties against Roma) and Italy Cup (defeat on aggregate with Inter). But, in particular, lead playing and winning the Torneo di Viareggio.

In this new year, thanks to the performance of every race last season, the situation is different. Today is an important part of the HCL and Spring Bove took part in eight of the nine matches played by his team so far. Eight appearances topped by two networks: two weeks ago the head scores against Avellino in Serie a and, especially, the winning dish on punishment in the first round of the UEFA Youth League with Sevilla. A free kick beat to Del Piero or, perhaps better, Pirlo. 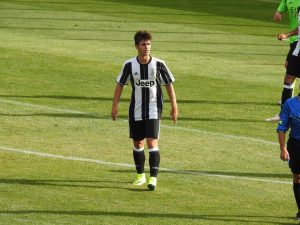 In fact, get the necessary comparisons, if you look at play this class ' 98, you'd think right to Andrea Pirlo. Bove also is a filmmaker from good feet specialized in set pieces and he too was born playmaker. Since last year, however, it had to adapt to the role of wing-half and, with even better results, at that point guard in front of the defense. A player of great racing and leg, but with a good physique and muscular structure. Manages to pull off his best between lines, no matter then if by number 4 or number 10. In short, it is a quality midfielder who possesses a good game viewing and setting times. And that looks very good port, as demonstrated in the under-17s and set pieces with shots from outside the penalty area.

But his intelligence is not just tactics. Gabriele is a humble guy and very serious, with his head on his shoulders. Always keeps a low profile and prefers to work in the field rather than posting photos on social networks. And despite the thick footballing commitments between tournaments and travel, he never missed school and today is fully in line with the studies. It shares the credit with his family, which has never failed the right support without overloading it. A family that every weekend is divided between the soccer fields, as even his two younger brothers playing soccer, each in a different company (the larger of the two, three years younger than Gabriele, plays youth Pro Vercelli).

The engineer Fabio Grosso spring holds him in high regard and, especially on set pieces, can teach you so much. If another trainer, some Massimiliano Allegri, were noticing feel too the lack of a metronome of the midfield, you wouldn't need to invoke Pirlo from the States …

Send us an e-mail at report@lfscouting.co.uk to notify us of your history and your young talent!